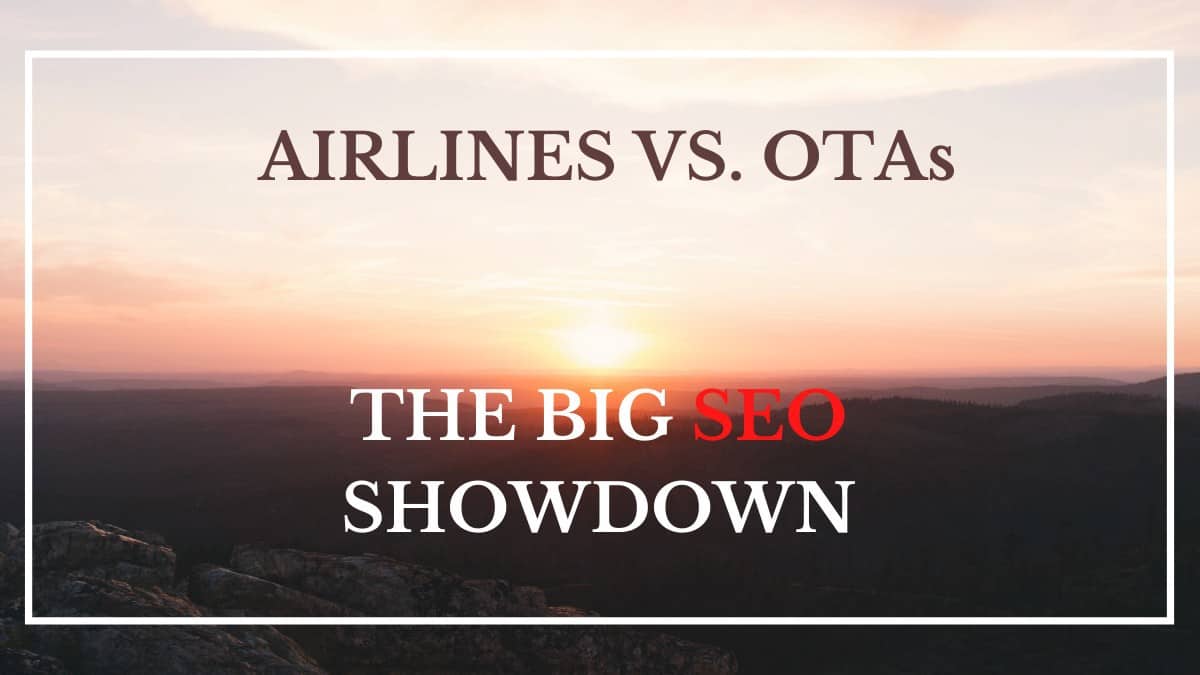 OTAs vs. Airlines – Who is winning SEO

It’s a battle as old as humankind.

Airlines are the old, experienced warrior. They have transformed themselves a couple of times in the past and were one of the drivers of online economy. They are big, they have the money (or at least used to) and they are prepared.

Online travel agencies are the new guy in town. Or at least they used to be. Ready to take on the old mastodon and take it down. They have new ideas, are not bound to anyone, and can do (almost) anything. However, they aren’t young anymore. The first one arrived in 1994 (Travelweb.com), the second in 1995 (Viator).

We wanted to see who is winning the SEO game; who ranks more often and what are the most important keywords and phrases?

Is the age of the airline domains still an advantage or have the OTAs with their massive content and superior popularity gained the edge?

How the analysis was carried out

The beginning was easy. We looked for the most popular cities that people fly to and generated a list of keywords associated with them. We wanted to include as many as possible, so we took the city names and added three different prefixes. Our keyword list was as follows:

Cheap flights to
Flights to
Tickets to

Next, we analyzed who ranks for these keywords in Google with settings to show us the rankings for the US. So we saw what a regular user looking for airplane tickets would see if they Googled it from a random city in the States.

We downloaded the results and began categorizing the websites. We visited every website and categorized it appropriately. Our definitions were:

OTA – Online travel agency – Any website aimed at searching and purchasing airplane tickets from different airlines. So, if you are an airline meta searcher, you were added to this category.

Airline – Any website where it’s possible to book plane tickets for a single (or several, but still connected to a single) airline. Generally, we looked for the “check-in” option that told us that we’ve visited the website of a specific airline.

The vast majority of the websites that rank for the selected keywords belong to one of these two categories. Here is a graph that shows how big of a majority that was. For all the keywords, for all the Google positions, OTAs and Airlines represent more than 90% of the total search results.

The other categories were news, blog, company, deals website, airport and destination; or instead, the page did not work and we marked it as a 404.

The results and the winner

As we can see, nothing else matters (cue Metallica). All other websites that are trying to rank in the airlines’ space are doing a pretty bad job. OTAs and Airlines occupy more than 90% of the top positions for all the keywords.

But we are getting in front of ourselves. Let’s start at the beginning.

If you read any of the latest SEO blogs, zero-click searches are growing and have reached 50% of all searches according to latest research. And the airline space is no different. Google has been selling (or helping to sell) airline tickets in 2011 when it introduced Google Flights.

This is the list of websites that rank #1 for organic results among all the keywords that we’ve analyzed: google.com, expedia.com, kayak.com, tripadvisor.com and hamiltonmusical.com.

However, when we look at the number of cases that those non-Google domains are ranking, we can see a problem.

But that was not the main question. We wanted to know who won between the OTAs vs. Airlines.

Here are the results.

That’s not really what we were expecting considering that, in 2017, 73% of all people used airline websites for their bookings and only 59% were made via OTAs (statista.com). OTAs are still more used at the top than at the purchase part of the funnel, so even if they do rank better, people often go directly to the airlines to book their ticket.

Here are all the SERP positions that we analysed and the comparison of OTAs vs. Airlines.

When we analyze all the results, we hardly notice the trees from the forest because the percentage of OTAs and Airlines in the SERPs is so high. There are hardly any other website categories present in the SERPs.

What we see are other companies being represented in the 18–20 SERP positions, where they represent around 2.4% of the SERPs. In general, they are tickets websites that rank for keywords tickets to [city-name] where they sell tickets to sports or other venues.

Should other websites rank in the SERPs?

Of course, the main question is, is Google doing a good job at showing the results that are displayed? I think we could say it does. OTAs offer the best and the most convenient way of searching for tickets. The queries that we analysed show a high purchase intent so blogs or similar informational content should not be shown.

We identified two deals websites in the rankings, websites that look for the best deals and post them. People could argue that more of such websites should be present in the search engines, but in general, for the keywords that we analysed, such results probably weren’t to be expected. If we looked at keywords of a more informational nature, we could expect more blogs and other websites to rank.

But they also impose an additional step between the user and their tickets, and Google should probably show the most direct path to the ticket to users.

So, Google does a great job (if we don’t count that it ranks itself #1 for all the keywords and makes the competition almost irrelevant).

Who ranks and for what

Since we already have the data, we can look at the specific websites and their rankings in the data. If we look for the 20 best-ranked websites in our data, we can of course find many OTAs occupying the top positions. And the highest position goes to skyscanner.com, the website that had was ranked in the 1–4 positions most commonly in Google.

We can notice that the first 12 positions on this list are occupied by OTAs and the best ranking Airline website is Airnewzealand.com, followed by Ryanair.com, easyjet.com and Iberia.com

We must mention that we combined some of the websites on this list, so companies that use multiple TLDs (top-level domains, one for .co.uk, one for .com and one for .de) were combined here, but only if all of them made it into the top 10 list.

So at the end of it, the result is clear. There is no battle between OTAs and airlines. Google won.

You should also read 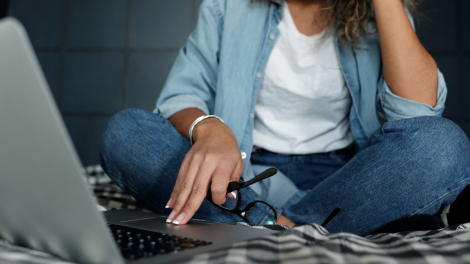 Search box in your e-commerce store is really important

When optimising a website’s user experience, we too often focus only on the cart or product pages. Only rarely do we devote ourselves to other 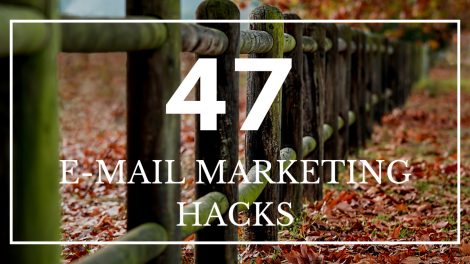 47 e-mail marketing tricks you can try out right now

Are you trying to get your marketing e-mails into as many e-mail inboxes as possible? Well, you need to be on the top of your 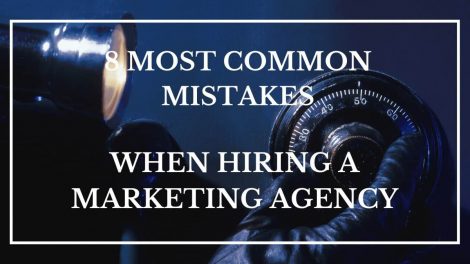 Mistakes when hiring a marketing agency

It doesn’t matter if you’re looking to hire an SEO, Adwords, outdoor advertising or PR agency – all of these jobs have a couple of